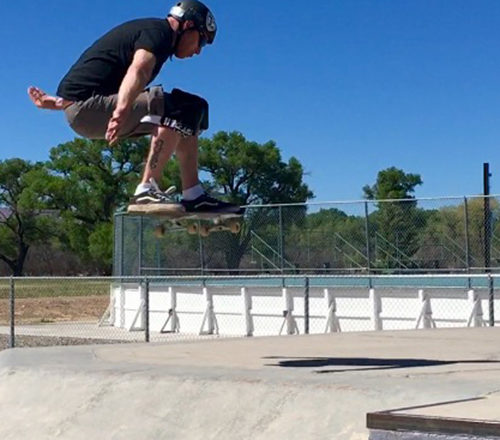 Skating since 1984, Kurk first got sponsored in 1989. He grew up in a suburban town with skateboard ramps in every culdesac. One day, his town tore them all down … thousands of dollars of ramps, with a promise to build a half pipe. That promise never materialized.

Kurk travels the country visiting skateparks, and always wanted one in our town. An avid skate-dad, he brings his son, Devin, to parks all over New York and New Jersey. Together, they’ve seen the best and the worst skateparks, and have seen first-hand which ones become the destination skateparks. Kurk has attended multiple skate park meetings and fundraisers in neighboring municipalities, and is developing and implementing a keen understanding of the process.